Hendrik Hendriksz van Galen, known as “Dirk”, was born in ca 1655 at Randwijk.

His wife was Trijntje NN (ca 1660 – ?) and they wed in ca 1680. The couple lived at Ede in Gelderland in the 1680s where all their children were born.1 Ede is situated 15 km north of Dirk’s birth town, and was founded in the 8th century by the Saxons. It is a garrison town where various tourist attractions can be found such as an old church dating from the 15th century, the Doesburger Mill dating from 1507, the Walderveen Windmill, the Concordia Mill, an open-air theater, the Kroller-Muller Museum, De Veluwe Heide Brewery and De Oude Hofstede, as well as the St Hubertus Castle situated in the nearby De Hoge Veluwe National Park.2,3 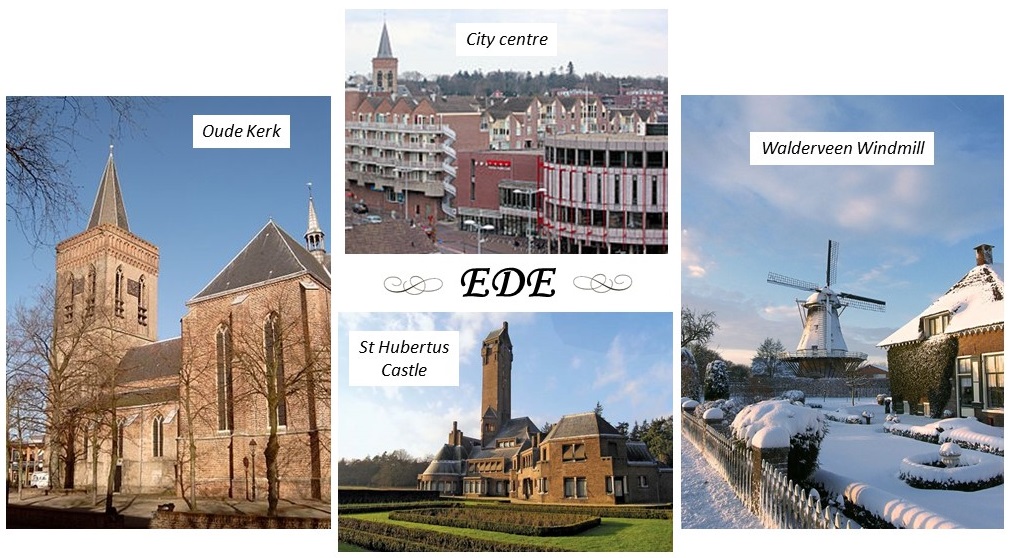 Dirk and Trijntje had three sons and two daughters. In consulted records the children’s surname was spelled as ‘Van Gaalen’.1 The children were:

Dirk van Galen lived during the height of the Dutch Golden Age. Trade, industry, the arts and the sciences were flourishing and the Republic grew into an commercial giant that the rest of the world could not ignore. By the 17th and 18th centuries, the Dutch were the most economically wealthy and scientifically advanced of all European nations. Religious freedom and Protestant doctrinal moderation, pragmatic foreign policy and the defense of commercial interests were guaranteed and protected. The Dutch dominated naval trading routes between Europe and the Americas, India and Indonesia and trading posts, and supply stations along the way, developed into permanent Dutch settlements such as the refreshment station at the Cape of Good Hope at the southern tip of Africa.5-7 This station was founded in 1652 by Jan van Riebeeck8 and almost 250 years later, Herman Hendrik Smorenburg, a descendant of Dirk van Galen seven generations removed, migrated to and permanently settled in South Africa.

By the time Dirk was born in 1655, Johan de Witt was the appointed Grand Pensionary (similar but not equivalent to a modern-day Prime Minister) of the Dutch Republic, since there was no ruling Stadtholder from the House of Orange-Nassau or the House of Nassau in governing office. De Witt did much to set the Dutch Republic on a path of wealth and peace, although underlying disagreements between the republicans and

Orangists/royalists continued. READ MORE on the history of the Netherlands. His rule abruptly came to an end when disaster struck in 1672. Louis XIV of France and his English ally unexpectedly invaded the Dutch Republic and conquered a large portion of its land. The Dutch land army was caught off-guard – its soldiers were inadequately trained and ill-equipped, in contrast to the naval army. By June 1672, the French army had advanced across Gelderland and Utrecht provinces.7,9,10 The Van Galens must have experienced to some extent the chaos and fear associated with the French invasion of their province and country. Were their lives or homes in harms way?

De Witt’s popularity with the Dutch people dropped significant, so much that he was forced to resign on 4 August 1672, and then was violently murdered on 20 August 1672 by an Orangist-supporting mob. The House of Orange-Nassau was soon thereafter restored as the governing entity of the Republic through the appointment of William III, son of William II. William III managed to defeat the French and English armies by 1674 and restored stability within the republic. By 1688, William III invaded England and also became King William III of England, Scotland and Ireland. He and his wife, Queen Mary II were co-rulers based in England while the Dutch provinces were left under the leadership of Anthonie Heinsius who was Grand Pensionary from 1689 to 1720 over five provinces, including Gelderland, where the Van Galens lived. Heinsius was running the Dutch affairs on behalf of King William III and continued to do so after the king’s death in 1702.10-14

About Dirk (Hendrik Hendriksz) van Galen’s schooling, career and the standard of living of his family, nothing is known.